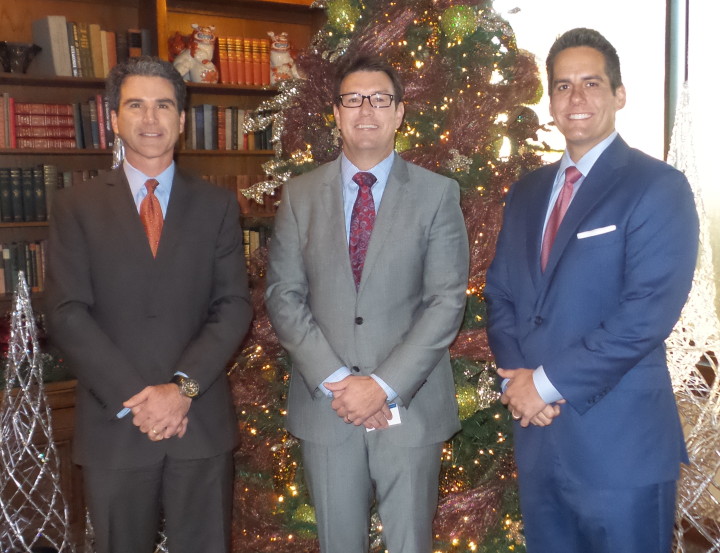 With unemployment down and consumer confidence up, the economy has continued its slow and steady rebound in 2015. But as we head into an election year full of uncertainty, can we expect the positive trends in key economic indicators to continue?

For Pearson Partners’ Q4 2015 Spotlight Series breakfast, we invited Justin Duke, CFA, Senior Wealth Manager for BNY Mellon Wealth Management, to share some economic insights as our keynote speaker. Drawing upon more than 15 years of experience in the wealth management industry, he provided valuable perspective on how the economy fared in 2015, and what we might see in the new year.

In the markets, 2015 has been a “violently flat” year. We’ve seen the most market volatility since 2011, due to a variety of factors including slipping crude prices, global instability, terrorism, the upcoming election and the simple fact that we were overdue for a market correction. Multiple asset classes—including the energy, industrials, technology and materials sectors of the S&P 500—rose through May, then fell through August, then recovered again.

America’s unemployment numbers improved dramatically, with an average of 225,000 jobs being added each month in September, October and November, and about 200,000 jobs per month for the last 67 consecutive months. This strong jobs recovery has brought us to an unemployment rate of about 5 percent and a U6 unemployment rate hovering around 10 percent.

Housing starts in 2015 totaled 1.1 million, compared to 1.0 million in 2014. Household formation has surged this year, which bodes well for continued growth in housing to meet pent-up demand.

Despite cost and wage pressures, small business owners are optimistic and confident. So are consumers, who have watched the stock market rise for six consecutive years along with their home values, as gas prices have fallen. With a significant reduction in household debt, consumers are wealthier and are spending more, which should continue into 2016. In fact, 2015 may be a record year for car sales. All of this bodes well for the economy in the long term.

Central banks have played a key role in the recovery, with some cutting key interest rates, while the Federal Reserve has stimulated growth through loans, asset purchases and low rates. While the Fed is likely to raise interest rates soon, this is not expected to derail the recovery. It may spark companies to begin reinvesting, and will allow more money to fall to financial services companies’ bottom line.

At the same time, the GDP is experiencing slow and steady growth at 2.5 percent for 2015, as we finish the sixth year of what we expect to be an eight-year expansion. That level of growth is expected to continue or increase slightly in 2016. After several years of austerity in fiscal spending, the government has approved a highway bill that will put more money into the economy, likely adding an additional five tenths of 1 percent of growth next year.

Historically, the stock market has responded favorably to the Fed’s slow tightening of interest rates, and that’s what is expected to happen over the next several years.

Equity valuations are currently reasonable and fair, not excessive or egregious. If we stay at 18 times earnings, the S&P will be at about $115 earnings this year, and if earnings perform at $120 to $125 next year as predicted, we can expect 5 percent to 8 percent returns or more from current levels going into 2016.

While it’s hard to predict currency valuations, the increasingly strong dollar is indicative of an overall strong economy, but may hurt companies that earn a lot of money overseas. A rising dollar puts a lid on commodities and curbs inflation.

In energy, earnings have declined by 60 percent in 2015, the rate count has plummeted over the last year and production has ticked lower. There is record demand for crude, and an abundance of supply to offset it. Energy prices are expected to stabilize, which could cut energy companies’ dividends. But it’s great news for the economy, as lower gas prices act like a tax cut for consumers.

While the stock market has looked like a roller coaster this year, other asset classes, including hedged shock absorber classes and managed futures, have performed much better than the underlying equity market. There is a trend among investors to use these shock absorbers to insulate bottom lines from volatility.

This bull market has lasted longer than average, marking the seventh consecutive year that the S&P 500 has posted a positive gain. This trend could well continue, given the history of eight years of gains in the ’80s and nine years of gains in the ’90s. With uncertainty about the presidential election, the price of crude, ISIS and interest rates, 2016 may be choppy, yet strong earnings growth is predicted.

Tips From the Leadership Coach:
Risks and Opportunities in the Coming Year

Pearson in the Community:
A Holiday Tribute