Why Diversity Programs Don’t Work, and How to Do Better 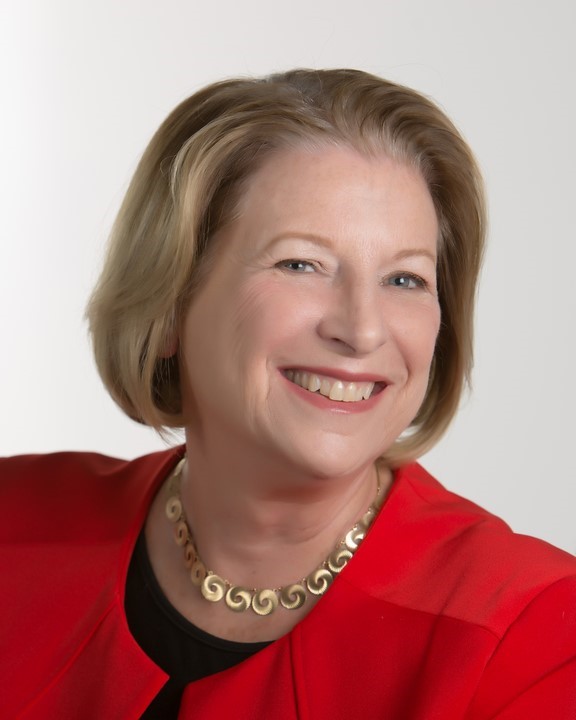 Pearson Partners recently interviewed Linda Sharkey, Ph.D., co-author of The Future-Proof Workplace and a global human relations consultant and human resources expert, to discuss her thoughts on diversity programs and why they have not been successful.

It may be 2017, but when it comes to leadership positions, women are still lagging in America’s top corporations. In fact, recent studies show that only 4.2 percent of the 500 largest companies in America have female chief executive officers. Dr. Linda Sharkey, co-author of The Future-Proof Workplace, believes that the only way to make true change is to unlearn unconscious bias. In this way, companies can create a culture that embraces and includes all participants for a truly future-proof organization.

Pearson Partners interviewed Dr. Sharkey to ask why U.S. businesses haven’t made significant progress towards leadership diversity—and how to improve.

PPI: In your recent book, The Future-Proof Workplace, you said that quotas and diversity programs don’t work. Why don’t they work?

LS: We have had diversity quotas and programs for more than 30 years, and it has not moved the needle. The proof is in the pudding, as the saying goes. Leaders traditionally cite that they can’t find qualified diverse talent for more senior jobs. This a common mantra, if you have ever been in companies trying to get diverse candidates up the food chain. However, because managers are forced to meet a quota, they tend to hire diverse talent for lower-level positions. Take a look at the statistics. They tell the full story.

“Even after all the programs, quotas, awareness training and pressure to put diverse talent in greater roles of authority, the speed of action has been glacial,” says Sharkey.

When I was at HP, we had quotas for women, just as most companies did. Everyone met their quota, or they got dinged. However, when you peeled back the onion, the women were in traditional or lower-level roles. Getting to the top of the house was tough. This is not to single out HP; they are just a mirror for most of the rest of corporate America.

When it comes to promotions, unconscious bias kicks in, and leaders in organizations tend to stick with their own tribe. I have sat in talent reviews where women did not even know that their names had come up for higher-level positions, just to be shot down because “they had children and would probably not move.” Quotas have not put more women in the C-suite.

PPI: Can you briefly explain how unconscious bias affects the lack of women and minorities in senior leadership roles?

LS: Our brain develops once we are born, in a context, and receives 11,000 messages a minute. These messages are designed to keep the individual safe, guide their actions and shape beliefs. Over the millennia, women have been told subtly—and overtly in some cases—that their job is to be “gatherers” and take care of the home and children.

Our brains have been conditioned to accept this as truth. Relative to minorities, there is a similar perspective. We are tribal by nature, and we gravitate to people that look and act like us. Being with people like us presumably keeps us safe. Being with others who are not like us puts us out of safety and into the unknown. The brain, which often acts on autopilot, is not even consciously aware it is making these distinctions. It reacts, then thinks.

“We have set patterns, images and context for what we believe people should be like,” Sharkey says, “and often they are so subtle, we don’t even realize it.”

PPI: What is a better approach to increasing the number of women and minorities in the C-suite?

PPI: What steps should the HR leader take to address the issue of unconscious bias?

LS: Learn how to facilitate authentic discussions about unconscious bias. Use tools like the Harvard Implicit Association Test to understand attitudes and beliefs to uncover unconscious bias. Have a group discussion about insights and findings without judgment.

Review personal and corporate values, and discuss and agree on what they look like in action. Then discuss what unconscious biases can get in the way of moving those values forward. This is a very powerful exercise. Follow up with a discussion about lessons learned and insights.

The good news is that the brain can be rewired. Show leaders how you can quickly retrain the brain to know when an unconscious bias is kicking in to make it conscious.

PPI: Do you have any advice for women in middle management seeking to move up to the C-suite?

LS: There is another phenomenon that impacts the brain: positive and negative stereotyping. For years, women have been told “You can’t have it all,” or “You can’t have the top job because you’ll have to sacrifice too much.” Many women I coach actually believe this and struggle with seeking senior positions because they fear it would impact their ability to balance work with children and family. Their brains have been wired to believe they can’t make it to the top without this family sacrifice. Of course, there is sacrifice, but it can be overcome by reframing family roles. Do men struggle with this? No!

The first step is to examine your own unconscious biases and negative stereotypes and confront them. Make a list of all the negative stereotypes you have been told throughout your life. Mark those that are holding you back. Reframe those stereotypes in the positive, and then take one action toward that positive. Practice this every day until you believe you can be a top executive.

PPI: Why is it important to have more women and minorities in senior management?

LS: With globalization and demographic shifts, the world is less homogeneous, and it is becoming even less so every day. Stand at the door of any company today and you will see a sea of diversity entering through its portals. If you want to sell to diverse populations, you need to understand diverse populations. This cannot happen if you are stuck with “mini-mes” and tribes of white males at the top of the house who only have one worldview: their own. 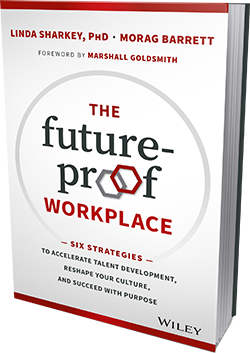 Dr. Linda Sharkey is widely acknowledged as one of the world’s preeminent thought leaders on global leadership development, working in over 170 countries. At the foundation of Dr. Sharkey’s success are years of “in-the-trenches” experience with some of the world’s largest and most admired companies, including HP and GE Capital, where she was instrumental in building high-performing teams and developing talent that drove productivity and company growth. She is global managing director for Achieveblue Inc., a boutique consulting firm specializing in global leadership, talent development and cultural transformation.

Tips From the Leadership Coach:
Why Diversity Programs Don’t Work, and How to Do Better

Case Study:
Working with the Board to Find a New Leader for CPR

White Paper:
The Human Capital Impact of the Aviation Internet of Things